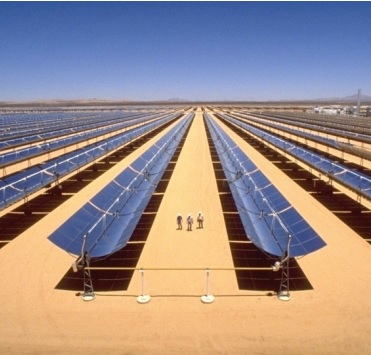 The 12-month study, which is funded by the U.S. Department of Energy (DOE) and co-funded by the World Bank and the SolarPACES CSP initiative, will collect information from a wide range of stakeholders, including developers, operators, EPC companies, suppliers, and investors.

The research aims to share learnings and reduce investment risks which are inflating the cost of finance for CSP projects. It will focus on issues that impact performance or create unexpected costs.

“Many of the issues that are known throughout the [CSP] industry are not published in a single location,” Mehos told New Energy Update.

“Because of this, the engineering community supporting financing organizations might not be aware of them,” he said.

The study aims to provide a checklist of challenges and solutions that lenders must be aware of and issue recommendations on areas that need further improvement.

The researchers plan to collect data from the U.S. and Spain, which host most of the operational capacity, as well as more recent growth markets such as Middle East and North Africa (MENA) and South Africa.

The researchers have set a target of securing commitment from more than 50% of global operational CSP capacity, Mehos said.

"We are on our way to match that metric,” he said. High financing costs represent one of the main challenges for developers looking to increase the competitiveness of CSP projects.

Capital costs represent nearly half of a CSP plant’s levelized cost of electricity (LCOE), according to figures from the International Renewable Energy Agency (IRENA). “What’s different with this technology is the ramp-up period: the first three years,” Ranjan Moulik, global head of power and renewables at French investment bank Natixis, told New Energy Update in May 2017.

“None of the CSP projects we’ve financed have been perfect. There were always bad surprises; these need to be forecasted and mitigated long in advance,” Moulik said.

Some projects have taken longer than three years to reach full capacity, such as NRG Energy's 377 MW Ivanpah tower plant in California. The plant uses BrightSource CSP technology and was constructed by Bechtel, a global engineering and construction group.

Ivanpah fell short on production targets in the first 24 months of operation due to mechanical problems. NRG Energy found that it took longer than anticipated to raise the temperature of the water in the boilers each morning and position the facility’s 170,000 mirrors to track the sun.

A key challenge identified by CSP stakeholders is the handover from one group to another in the various stages of design, commissioning, construction and operation, Mehos said.

Poor communication between teams can lead to mistakes and inefficiencies, raising costs, he said.

For example, the participation of MASEN [Moroccan Agency for Sustainable Energy] in all stages of the Noor I and Noor II parabolic trough projects helped reduce issues during the start-up phases, he said.

The report researchers will need to mitigate concerns over the sharing of intellectual property. Generally, the report will not attribute data to particular parties, but where permission is granted specific project information may be given.

In Spain, the separation of developer and operator companies means that some operators are more willing to share best practices, Mehos noted.

“We have not really engaged yet with China as they are just getting started but they represent an entity that is potentially very interested in this report,” Mehos said.

China is expected to install 1.9 GW of new CSP capacity by 2023, overtaking the U.S. to become the second largest installed CSP base, behind Spain, the International Energy Agency (IEA) said earlier this month. Global CSP capacity is forecast to grow by 4.3 GW, some 87% of current installed capacity.

The new design standards will include the "latest design concepts, requirements and technical level" for solar tower plants and they will play an important “guiding role” in China's first batch of CSP plants, CEEC said.