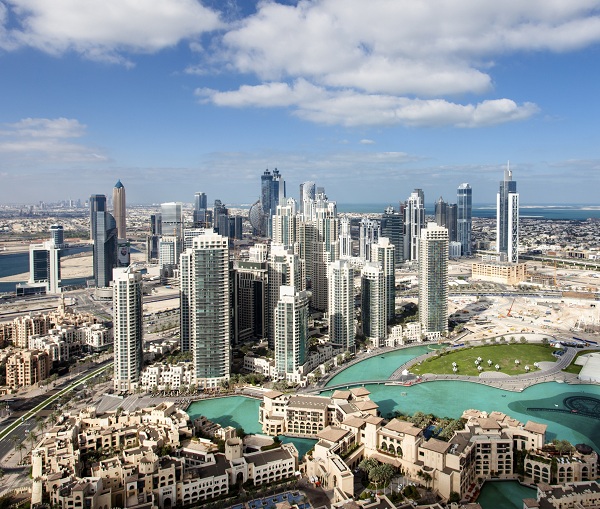 Dubai Electricity and Water Authority (DEWA) launched the Shams Dubai distributed power initiative in March 2015 and in the past year some 33 contractors and consultants have enrolled in the scheme.

DEWA has said solar growth will be driven by 5 GW of new capacity planned at the giant Mohammed bin Rashid Al Maktoum Solar Park, as well as from small and medium-sized plants installed under the Sham Dubai initiative.

Companies already signed up to the Shams Dubai scheme include engineering groups expanding into the solar sector, as well as international PV contractors and developers such as PTL Group and Enviromena.

So far, DEWA has received 27 applications to install commercial and residential PV systems with a total capacity of 12 MW.

“I hope this increases in the coming years but it’s going to be heavily dependent on whether DEWA makes any changes to its tariff and if there are any other regulatory adjustments,” Crane said.

“Solar energy in Dubai is available for less than DEWA’s current energy prices, at about 11 cents per kWh, offering 8-10% savings on consumers’ [annual] bills,” he said.

In January, the UAE’s Energy Minister Suhail Al Mazrouei told the World Economic Forum he was planning to scrap subsidies on electricity and on gas sold to power generators, providing further encouragement to solar developers.

The scheme is open to all users but the business case is far more attractive for those with larger consumption.

Smaller customers pay a lower electricity tariff and the range for the residential market segment is equivalent to 6 to 9 cents per kWh.

The electricity price paid by residential customers “can certainly be below the 11 cents per kWh solar generation rate,” said Crane.

Yellow Door Energy offers consumers lease-based systems and has about 10 MW of PV projects in the development pipeline in the Middle East. The firm sees the biggest opportunity in Dubai in the commercial and industrial segment, Crane said.

“Everything from warehouses to shopping malls – those are the major consumers,” he said.

These large consumers would tend to consume more than 10,000 kWh per year and they currently pay an electricity tariff equivalent to 12 cents per kWh.

According to DEWA, many government organisations and schools are intending to install PV panels on their buildings.

One of the latest Shams Dubai projects to come online was a 1 MW PV system on the car-park roof of the Emirates Engine Maintenance Centre. Comprising 2,990 PV panels, the project was jointly developed by DEWA and Emirates Airlines.

Global marine-terminal operator DP World has announced plans to implement a major PV project under Shams Dubai that will see 30 MW to 40 MW of capacity installed across its buildings and port infrastructure in Dubai.

“The key point in this kilowatt-based approach is that performance risk is assumed by developers, and developers like to take on that risk because it’s a selling point for them,” he said.

Alternative commercial models include deferred payment schemes and Energy Service Companies (ESCOs). Under these structures, performance risk is partially assumed by the developer and the benefits of savings are shared between the developer and customer.

Funding for projects can come from typical sources-- direct investment, leases, and debt.

Crane believes that on a typical 1 MW installation, the investment crosses the payback threshold after nine or ten years, depending on factors such as the price of the system and the placement of the panels.

DEWA hopes that the growth in solar power will snowball as more commercial and industrial consumers consider grid-connected PV systems.

The Authority “plans to invest AED 65 billion [$17.7 billion] in Dubai’s energy and water sector in the run up to 2020 to meet increasing demand,” it said in a statement March 7.