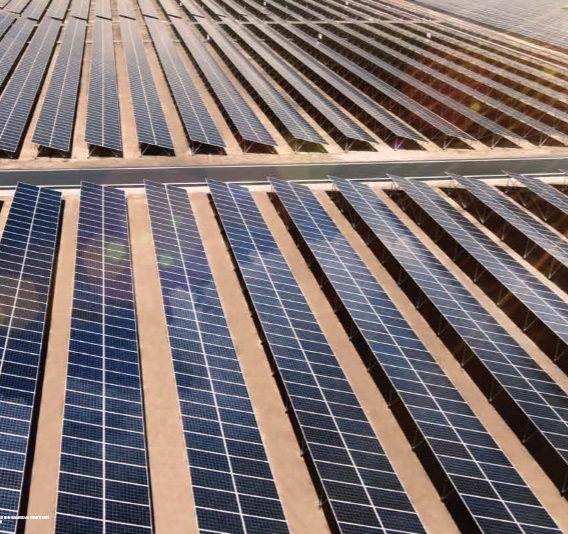 The higher solar investments came despite an estimated 15% drop in PV capital costs over the past 12 months, BNEF said.

"The U.A.E. deals are the largest in that country to date by far, and show that its auction programs are leading to the commitment of hard cash by banks and equity providers. They also signal that oil-producing countries are warming to renewables as part of moves to diversify their economies," Victoria Cuming, head of policy for Europe, Middle East and Africa at BNEF, said in a statement.

Other Middle East nations are turning towards renewables. Saudi Arabia, for example, has set a target of 9.5 GW of renewable energy capacity by 2023 as the country looks to diversify away from hydrocarbon resources.

Globally, renewable energy investment fell by 12% on a year ago, to $64.8 billion, BNEF said.

Wind power investment fell 29% on a year ago to $26.2 billion, although this was 43% higher than in the first quarter of this year.

In the U.S., renewable energy investments strengthened last quarter. U.S. renewables investment rose 6% on a year ago to $14.7 billion. This was some 51% higher than in the first quarter of this year. The U.S. Department of Energy (DOE) has awarded $46.2 million to 48 solar projects under its Sunshot Initiative, the department said July 12. Cost share requirements will yield a total public and private investment of nearly $65 million, it said.

The Sunshot Initiative was launched in 2011 to accelerate reductions in solar power costs. The program currently aims to reduce utility-scale solar costs to below $30/MWh by 2030, the DOE said in November.

In its latest round of project funding, the DOE will provide $25.7 million to 20 projects under its "Technology to Market: Incubator" scheme. A further $20.5 million will go to 28 projects which develop next-generation modules and PV technologies, most of which are academic institutions.

A number of the projects funded under the technology incubator scheme focus on data-driven inventions.

Some of these projects target the utility-scale and commercial solar markets. For example, San Francisco's KryptonCloud will receive $885,711 in DOE funding to develop an "advanced, big data analytics decision engine to reduce operations and maintenance costs for utility-scale solar projects," the DOE said.

Boston-based Energetic Insurance project will receive $800,000 from the DOE to research "novel, data-driven, actuarial models that will allow for substantial expansion of the commercial solar market by mitigating offtaker credit risk," it said. 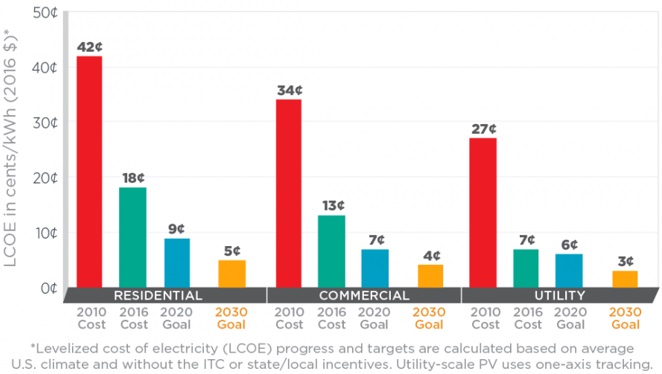 NRG plans to sell up to 100% of US renewables assets

NRG Energy plans to sell between 50% and 100% of renewables assets held by its NRG Yield business under a new transformation plan announced July 12.

The U.S.' largest independent power generator aims to raise up to $4 billion through targeted asset sales and reduce debt by $13 billion, it said. NRG has targeted "rapidly executing annual improvements with 72% of run rate annual benefits of $1.07 billion achieved in 2018, 92% in 2019, and 100% achieved in 2020," it said.

NRG operates almost 50 GW of U.S. power generation, including 1.2 GW of solar PV and concentrated solar power (CSP) capacity. The company has transformed from a conventional energy business into a diversified renewables and fossil fuel power generator, but its share price has suffered.

Following pressure from activist investors, NRG agreed in February to conduct a strategic review of its business and examine potential asset sales.

"This plan is the result of a comprehensive review of our entire business by the board and management to simplify our business, right-size our portfolio and strengthen our balance sheet to create significant value for all our stakeholders," Mauricio Gutierrez, President and CEO, NRG, said in the company’s latest statement.

"The strategic alternatives span a variety of ownership structures and partnerships,“ NRG said in its statement.

Options include “the potential partial or full monetization of the renewables platform and NRG’s interest in NRG Yield with a goal to optimize how NRG participates in renewables and to deconsolidate the associated debt," it said.