Inverter manufacturers are improving long-term reliability and failure prediction methods to gain market share in components that are key to minimizing Operations and Maintenance (O&M) costs. 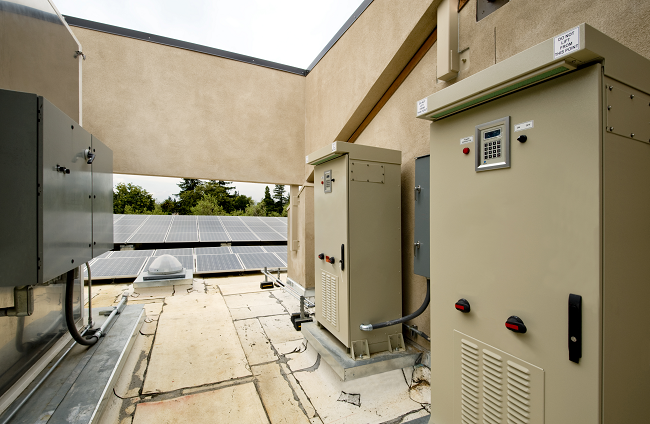 As well as maximizing production, improved performance and longer lifespan of components can have a significant impact on O&M costs, such as labor hours and repair expenses.

TÜV Rheinland data for 2014 and Q1 of 2015 shows that 30% of power plants it had inspected show particularly serious defects or a large number of issues.

Central inverters are widely cited as the main source of PV plant failures, with figures ranging from 37% of all failures in a 2009 Sandia Labs study to 51% in SunEdison research spanning 2008 to 2010.

Inverter costs typically represent between 5% and 10% of total system costs, according to inverter supplier SMA, and inverter firms know they could gain significant market advantage by reducing the failure rate and extending the life spans of their products.

“In general terms, the inverter is the most critical component of a PV system and poses the greatest risk to system reliability,” the company said. "It's where the active functions of a system occur, including power conversion, grid support and others.”

While traditionally the expected lifespan of a central inverter has been viewed as around 10 years, leading manufacturers are now designing products that can last twice as long.

SMA, for example, claims an inverter lifespan of more than 20 years for its products, which companies such as Fronius and Mitsubishi had claimed was impossible back in 2006.

SMA does not publicly disclose specific failure rates for its inverter lines but is researching the “possibilities and potential benefits” of failure prediction, according to Dagmar Buth-Parvaresh of SMA Solar Technology’s public relations department.

Experimenting with string and micro-inverters

Another factor that is helping to reduce inverter-related losses on PV plants is the growing use of smaller inverters that operate at the string (string inverters) or module (micro-inverters) level rather than across an entire plant (central inverters).

“In utility-scale solar, you are seeing more PV developers turning to string inverters, so if there is a failure, you do not lose the entire production,” said Mark Barineau, solar business intelligence analyst at Lux Research.

Going even further, some plant developers are now experimenting with micro inverters at bigger plants, such as Sentinel Solar’s 2.3 MW Vine Fresh Produce project in Ontario, Canada, despite the higher upfront costs. Micro-inverters were originally seen as most appropriate for residential or small-scale PV installations.

Micro-inverters cost $0.43 per watt compared to $0.07-$0.08 per watt on average for central inverters, according to 2015 figures from GTM Research, cited by SMA.

Using micro-inverters also potentially increases the likelihood of component failures over time because of the greater number of inverters installed in the system overall.

At the same time, specialized micro-inverter manufacturers like Enphase say that using micro-inverters allows up to 25% more power to be extracted from each module by maximizing the performance of each solar panel individually. Moreover, since the voltages involved are lower, there is less chance of arcing.

Moreover, since each micro-inverter operates individually, it offers a much finer level of plant monitoring and control. Using large numbers of string or micro-inverters in place of single central inverters could therefore provide more data that can be analyzed by system owners and manufacturers.

“Very large data sets are helping them to understand when components are most likely to fail,” Barineau said.

This understanding can help reduce O&M costs even when a failure is inevitable, for example by making sure a spare is at hand.

“While a distributed system layout does provide advantages, it comes at a cost – both in the form of a much higher cost per watt and also in service considerations,” an SMA spokesman told PV Insider.

“There may be instances where an integrator uses micro inverters in small commercial systems, but that would generally be due to factors specific to their business model…Micro inverters are best suited, from a purely financial standpoint, in systems that require their flexibility.”

Inverter suppliers look set to play a key role in plant cost reductions as the PV market matures and higher installed capacity brings about the need for more sophisticated grid integration and optimization of O&M costs.

While new inverter technologies are being developed to support growing smart grid technology, increasing demand for O&M savings from a growing solar fleet will see inverter firms continue to improve the reliability of their components.