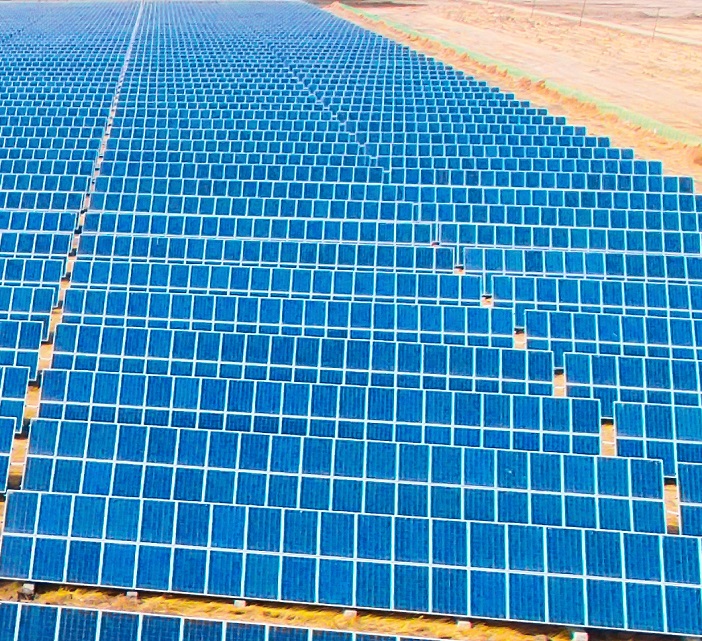 Large-scale solar and wind tenders are driving down costs and smaller tenders are set to deepen the developer pool. (Image credit: Xijian)

Abu Dhabi called for bids to build 2 GW of PV capacity, while Dubai continued its rapid solar expansion, calling for a further 900 MW of PV capacity at the Mohammed Bin Rashid Al Maktoum Solar Park. Saudi Arabia launched a tender for 1.5 GW of PV within weeks of allocating its first large-scale wind project.

Some $6.2 billion was invested in renewable energy projects in the MENA region in 2018, of which $4.6 billion, equivalent to 75%, was invested in PV projects, Katherine Poseidon, Lead Policy Analyst for Europe, Middle East & Africa at BloombergNEF (BNEF), told the conference in Dubai on March 26.

Competitive tenders are spreading rapidly across the MENA region, driving down prices. Around 9 GW of capacity is currently being procured in MENA through ongoing tenders, on top of the 11 GW already awarded, Poseidon said.

"We see no sign of investment slowing down in the near future if these projects currently being tendered are able to close financing," she said. Large-scale project tenders will continue to be the main driver of new renewable capacity in the short term and this will continue to pressure prices, Josefin Berg, Manager - Research & Analysis, IHS Markit, said.

Recent tenders in Dubai and Saudi Arabia have seen solar and wind prices fall to close to 2 cents/MWh ($20/MWh).

"I think a lot of the bids that we are going to see now will be in that range," Berg said.

Low bid prices have demonstrated the value of economies of scale and efficient deployment is boosting the confidence of investors and policymakers, Rajit Nanda, Chief Investment Officer of Saudi Arabia’s ACWA Power, a leading developer in the region, told attendees.

Recent tenders have strengthened the project execution pipeline in more mature markets such as UAE, Jordan, Egypt and Morocco and there will be a significant scaling up of renewables capacity in 2019, Nanda said.

Saudi Arabia is becoming a key renewables growth market in MENA as the company diversifies its economy from hydrocarbon resources to free up oil for exports and meet growing power demand, Nanda told the conference.

Saudi Arabia aims to build 58.7 GW of renewable capacity over the next 10 years as part of its Vision 2030 plan to diversify its economy. The 9 GW of projects currently under tender or announced a tender in MENA includes around 1.5 GW of PV capacity and 800 MW of wind capacity in Saudi Arabia.

In January, a consortium of EDF Renewables and Abu Dhabi's Masdar won a tender to build Saudi Arabia's first wind farm at a price of $21.3/MWh. The 400 MW Dumat Al Jandal wind farm will be located 560 miles from north of Riyadh in the Al Jouf region of north-western Saudi Arabia.

"We are working very hard to close the financing...We are now talking about weeks to make it happen," Dao said.

Aggressive bidding by larger developers has prompted many medium-sized developers to step back from large-scale tenders and participants expect prices in MENA to stabilize somewhat in the coming years.

"There needs to be more of a view on sustainability...that will see sustainable growth of renewables," he said.

Saudi Arabia's PV tenders also include local content requirements and the tender results should indicate the impact of these on project pricing, Berg noted.

The gradual rolling back of power subsidies in MENA markets will offer new opportunities in the commercial and industrial (C&I) sector, providing supportive regulatory frameworks are put in place, Berg said.

Morocco, a pioneer of renewable energy reforms in MENA, is currently implementing legislation that will enable access to medium and low voltage customers.

A growing number of heavy industry groups are looking to clean energy solutions to decarbonize high electricity and heating demand. Developers such as Alcazar Energy see major opportunities in this space.

"We have an opportunity to work with the large institutional clients who have tremendous energy needs," Daniel Calderon, CEO of Alcazar Energy, said.