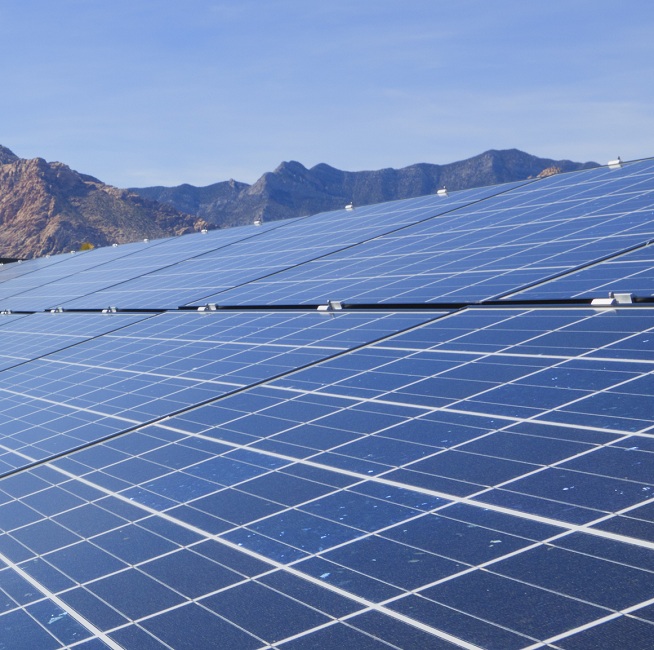 US solar installations to eclipse wind as costs fall

Solar power capacity is forecast to rise from 25 GW in 2015 to more than 246 GW by 2040 under the EIA's Reference scenario, which factors in the latest cost assessments and assumes the implementation of the Environmental Protection Agency's Clean Power Plan (CPP) to cut greenhouse gas emissions.

The U.S. Supreme Court has put on hold the CPP until litigation against the plan is resolved but the chart below shows that even without the implementation of the CPP, solar capacity is set to soar.

Meanwhile, solar projects will continue to benefit from falling capital costs which will sustain growth after solar Investment Tax Credits (ITCs) fall from 30% in 2016 to 10% from 2022 , it said.

"Solar installations have benefitted from significant reductions in technology costs in recent years, while wind capacity is hampered by the need to access wind sites farther from existing transmission lines or with less favorable development characteristics," EIA said.

Utility-scale PV project costs in Africa have fallen by 61% since 2012 and the latest installed costs are as low as $1.30 per watt compared to the global average of $1.80/W, according to a report by the International Renewable Energy Agency (IRENA), published September 22.

Africa installed 750 MW of solar capacity in 2015, slightly lower than the 800 MW installed in 2014, but rapidly declining technology costs and emerging policy support in Africa have improved the business case, IRENA said.

South Africa has thus far seen the lowest utility-scale installed costs in the region, due to the country's strong civil engineering sector and a national renewable energy support programme [REIPPP] which has boosted investor confidence since it was launched in 2011.

Despite the challenges of doing business in some parts of Africa, other countries have also seen sharp cost reductions and developers are currently targeting cost structures in the range of $1.5 to $2.5/W. Developers targeting commissioning dates in 2018 are aiming for installed costs between $1.2 and $1.9/W, IRENA said.

Africa could install more than 70 GW of solar PV by 2030 if the right policy frameworks are implemented, the agency said.

Eni Becomes the first oil and gas company to reach a strategic solar power agreement in Algeria and the agreement follows on from a strategic framework signed by the companies in June.

"The agreement with Sonatrach fits in Eni’s long-term strategy, aimed at integrating its traditional business and energy from renewable sources, making the most of all possible industrial, logistic, contractual and commercial synergies with the company's traditional activities," Eni said.

Eni currently produces around 100,000 barrels of oil equivalent per day in Algeria and has been exploring for oil and gas in the region since 1981.

Between 2010 and 2015, Eni invested $11.5 billion in the development of oil and gas resources in Algeria, representing approximately 26% of all international investment in the country.

Algerian state-owned Sonatrach is the largest oil and gas company in Africa and the 12th largest in the world.

Israel is planning to tender for a 500 MW PV plant in the southern Negev desert, Reuters reported September 19.

The project will be the largest solar development in Israel to date and the winner of the tender will fund, build and operate the facility for a predetermined period Under a Public-Private Partnership (PPP), the finance ministry reportedly said.

The government will publish details on the prequalification round in the coming months.

In addition, 10 consortiums have been approved to take part in a tender to develop a 40 MW PV plant in Ashalim, also in the Negev desert, the finance ministry said.

The Ashalim plant is expected to be online by the end of 2018. Israel has set a target of 10% of energy production from renewable sources by 2020.