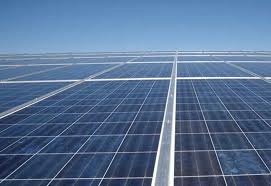 Thin film modules have been steadily rising in price and demand following the...

Spot prices for thin film modules have increased 5.2% in a month as ongoing trade disputes between the US and China solar industries depress prices for polysilicon panels, according to news reports.

Data compiled by analyst firm PVinsights has reported that spot prices for thin film modules have reached their highest level since the end of July last year as uncertainty over the U.S.-China trade dispute continues.

Thin film modules have been steadily rising in price following the US Department of Commerce’s initiative to lob Chinese-manufactured modules with anti-dumping (AD) duties.

However, according to the analyst, PV panels, which use polysilicon have fallen by 2.8% to 63.2 cents/kW.

The DOC is expected to determine the level of duties for polysilicon modules from China and Taiwan by August 18. Preliminary duties have been levied at 19% and 35% respectively, with the International Trade Commission also prepared to issue a ruling on the DOC’s actions within 45 days of that date.

First Solar has received board approval from the Overseas Private Investment Corporation (OPIC), the U.S. Government's development finance institution, and IFC, a member of the World Bank Group, for financing to support construction of the 141MW(ac) Luz del Norte solar power plant in Chile's Atacama Desert. The loans, which are expected to close later this summer, clear the way for First Solar to proceed with construction planning at the site, which is near the city of Copiapo. Terms of the deals were not disclosed.

The Luz del Norte project is the first of several projects First Solar has in its regional development pipeline, and will be the company's initial project to start construction in Chile. The project is currently considered the largest of its kind t be constructed in Latin America.

"The Latin American region has a growing need for innovative and efficient energy solutions right now," said Tim Rebhorn, Senior Vice President, Americas for First Solar. "This investment support from OPIC and IFC is instrumental in bringing the project in Chile to life."

The Chilean government's National Energy Strategy includes expansion of the country's renewable energy capacity to 20 percent of its total generated power by 2025. Energy from Luz del Norte will be supplied into the Chilean Central Interconnected System, contributing significantly towards this goal.

Chile's Atacama Desert receives some of the planet's steadiest concentrations of direct sunlight, presenting ideal conditions for solar power generation. Widespread utilization of this tremendous resource is relatively new, and Luz del Norte represents an important advancement for development of solar energy in the region.

Rebhorn said First Solar has been working closely with the Chilean national government, industry, regional authorities and the local community to design, develop and build the Luz del Norte project. He noted that particular effort has been placed on understanding community concerns about environmental impact; national interest in the technology related to connecting the project to the grid; and the broader industry's power requirements, among other important considerations.

"Forming strong, mutually beneficial partnerships with invested constituents is the only way to build a solid foundation for long-term success in this region, and that's what we are working toward," said Rebhorn.

Smartenergy Renewables hascompleted the conversion and upgrade of its fully-automated solar panel manufacturing facility in Luckenwalde, near Berlin, Germany. The factory is certified to DIN ISO 9001, 14001, and 50001 standards.

The company acquired the factory for module assembly in July 2013 from US-based Nanosolar Inc. Following customer demand, the company manufactured and marketed several MWs of solar panels based on thin film solar cells from Nanosolar Inc.

Smartenergy Renewables has upgraded the site to a fully-automated assembly facility for crystalline solar panels with a maximum capacity of 120MW.

The 295W utility panels are fully IEC certified. To-date 1.9MW of the panels have been installed in a solar park in Southern Germany.

The panels are based on a highly reliable and mature glass/glass panel design. According to the company its hermetically tight edge seal of the solar panel eliminates Potential Induced Degradation (PID) losses, ensures a longer lifetime and its frameless construction dramatically reduces soiling losses.

Smartenergy Renewables has also made senior appointments including Dr. Stefan Parhofer, formerly CEO of Gehrlicher Solar USA, who is in charge as Chief Project Officer to build up the international project business; Dr. Erik Oldekop, formerly in charge of renewable energy investments at aeris Capital AG, who has been appointed to the Board of Directors to focus on the financing business; and Werner Matuschek, a seasoned manufacturing executive with long experience in the solar industry, to manage the company’s state-of-the-art panel operations.

Ascent Solar Technologies, a US developer and manufacturer of thin-film photovoltaic modules, has signed a new distribution partnership with WYNIT Distribution. According to Ascent, in the US outdoor market alone, sales of gear and accessories surpass $120bn annually, and portable power solutions including solar, are becoming more and more vital to those who choose to enjoy their leisure time outdoors, biking, camping, fishing, hiking and more. Every business day, WYNIT delivers millions of dollars of products from over 100 top brands to thousands of resellers across the country, which seemed a beneficially alliance for Ascent.

Richard Hashim, General Manager of EnerPlex, stated, "This partnership with WYNIT will unquestionably help the continued growth of the EnerPlex brand into the outdoor market and into national resellers such as Cabela's, Sportsman's Warehouse, Dick's Sporting Goods and other retailers. Via WYNIT, EnerPlex products will be available to more consumers, in more places throughout the country, than ever before."

Chris Bloome, Product Manager for WYNIT, said that the flexible, lightweight and rugged solar technology from EnerPlex is an extremely compelling solution for outdoor and consumer mobile power products.

"No other brand offers consumers the ability to integrate portable power solutions so seamlessly into their everyday lives. This eco-friendly solar power solution from EnerPlexwill change the way outdoor enthusiasts power their outdoor and mobile devices," said Bloome.

The retrofit of the Terina Mediterranean Foundation’s Buildings, in Calabria, Italy will count on more than 3.000 Sqm of colored photovoltaic glass, according to Onyx Solar. The project marks the company’s largest project in Italy to date.

This unique architectural work represents an important milestone for Onyx Solar, because of the wide range of building integrated photovoltaic solutions that will be gathered under the same complex, counting on the amorphous Silicon thin film glass manufactured by Onyx Solar.

Yellow and green coloured photovoltaic glasses, typical that Italian region, will be integrated as part of the skylights, parking lots, walkways, floors and even an elevator with panoramic views.

TheTerina Mediterranean Foundation is a centre of excellence dedicated, among other activities, to the investigation and the knowledge of the food industry through a network of relationships with Italian and other foreign universities.

Siva Power, a solar energy technology company, has reported that the cost of its thin film solar modules could drop to a world-best $0.28/watt. Because of its advanced manufacturing approach, Siva Power’s projected costs are geography agnostic, and can be achieved in China, the United States or any other location. The company expects to be in production within four years, with a 300 MW capacity facility.

Using a Siva-derived cost model, similar to the National Renewable Energy Laboratory (NREL) cost model, Siva Power’s team of scientists and engineers determined that the company’s technology will be able to produce ultra-low cost solar panels at $0.28/watt. The analysis reflects a detailed, bottoms-up, cost calculation for the manufacturing process. For each manufacturing process step, all cost elements – including labour, electricity, spare parts, materials, consumables, water, gas, overhead – are added together to figure out the total processing cost ($/m2).

A critical element for achieving low cost is using glass as a substrate, said a company release, which has already been scaled in the FPD industry and much of the necessary equipment is essentially off-the-rack. By comparison, silicon substrate scales poorly because of the fragility of the wafer, said the company, and silicon fab lines are unlikely to scale much more in the future. The only way to expand silicon capacity is to build lots of small lines, which offers little if any cost savings.

In addition to sticking to its mix of CIGS material and glass substrate, Siva Power has also selected 300MW as the best scale for module production, or about 10 times the capacity of the typical silicon production line. By taking advantage of the high-speed automated tools already developed for the FPD industry, only minimal adaptation is needed to achieve 300MW throughputs in solar, ensuring cost reductions and avoiding execution risk, said the solar business.