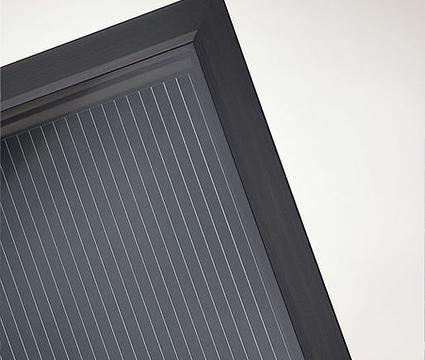 The new capital from the earlier $15m round came from four investors, including...

US thin film solar panel maker Siva Power is raising $100m million to build a factory that would include the world’s largest production line for modules as it attempts to capitalise on economies of scale, it has been reported in the media.

Earlier this summer, Siva Power received an initial investment in a $15m round to help scale the manufacturing of its thin film solar technology, which it claims can surpass the U.S. Dept. of Energy's SunShot Initiative target of solar module cost of $0.50/watt. The company has also hired solar industry veteran Leroy Luo as president of Siva Power China to lead operations in that market.

The new capital came from four investors, including three existing investors: Trident Capital, DBL Investors and Acero Capital.  The city of Wuxi, China came in as a new investor. The capital will be used to scale up the R&D process by building a small mini-module pilot line, the last step before full commercialisation of Siva Power's CIGS technology.

The SunShot Initiative has set a target of reducing solar module costs to $0.50/watt by 2020. Siva Power estimates it can achieve manufacturing cost of less than $0.40/watt after full deployment of its giga-scale production line.

Chief Executive Officer Brad Mattson said in a Bloomberg News report that the company is receiving “significant interest in China from strategic investors."

He said in the report that Siva Power would like to finish up the investment cycle this year with a view in 2015 to start building the plant and scaling it up in 2016.

The location of the assembly line facility could be based anywhere in the world and not necessarily in the company’s US home market. Mattson wants to build and operate the facility where it can produce 300MW annually, which would build scale and cut costs drastically, according to reports. Having Chinese investors could potentially sway the company to build there, where construction and labour costs are lower than most markets. However, nothing has been determined at the time of writing.

A team of researchers at Michigan State University in the United States has developed a new type of solar concentrator that when placed over a window creates solar energy while allowing people to actually see through the window.

It is called a transparent luminescent solar concentrator and can be used on buildings, cell phones and any other device that has a clear surface, according to the university.

Richard Lunt of MSU’s College of Engineering believes the technology’s transparent qualities are what make it a worthy research breakthrough.

Research in the production of energy from solar cells placed around luminescent plastic-like materials is not new. These past efforts, however, have yielded poor results – the energy production was inefficient and the materials were highly coloured.

“No one wants to sit behind coloured glass,” said Lunt, an assistant professor of chemical engineering and materials science. “It makes for a very colourful environment, like working in a disco. We take an approach where we actually make the luminescent active layer itself transparent.”

The solar harvesting system uses small organic molecules developed by Lunt and his team to absorb specific nonvisible wavelengths of sunlight. The scientists can tune these materials to pick up just the ultraviolet and the near infrared wavelengths that then ‘glow’ at another wavelength in the infrared. The “glowing” infrared light is guided to the edge of the plastic where it is converted to electricity by thin strips of photovoltaic solar cells.

“Because the materials do not absorb or emit light in the visible spectrum, they look exceptionally transparent to the human eye,” Lunt said.

One of the benefits of this new development is its flexibility. While the technology is at an early stage, it has the potential to be scaled to commercial or industrial applications with an affordable cost.

Lunt said more work is needed in order to improve its energy-producing efficiency. Currently it is able to produce a solar conversion efficiency close to 1 percent, but noted they aim to reach efficiencies beyond 5 per cent when fully optimized. The best coloured LSC has an efficiency of around 7 per cent, according to MSU.