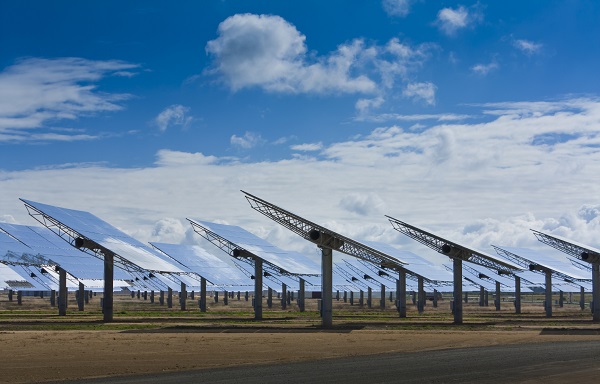 As more and more utility scale PV operators look to benefit from falling module prices, the growth in ground-based capacity has raised the demand for single axis trackers which have proven popular for plants set in larger land areas.

IHS consultancy expects worldwide single-axis tracker deployments to grow by an average 7% per year, reaching 33 GW of annual installations by 2019. Over the same period, tracker manufacturer revenues are expected to grow by 120% to $1.8 billion in 2019.

“Trackers work best where there is high solar radiation: from the south of France to the equator and an equal distance further south,” said Josefin Berg, senior analyst for solar demand at IHS.

US utility scale capacity is set to hike in 2016, driving up total annual PV installations to a record 15 GW, according to a new report by GTM Research and Solar Energy Industries Association (SEIA). The US is forecast to be the biggest single market for trackers in the coming years, accounting for 36% of global installations by 2019, according to IHS figures.

“We see trackers in 95% of [US] utility-scale projects that we manage,” Joe Brotherton, president of MaxGen Energy Services, an operations and maintenance (O&M) company, told PV Insider.

Tracker use is also high in the growing Chile and Mexico PV markets and last month California-based NEXTracker, one of the world's largest tracker manufacturers, announced it would expand manufacturing capacity in Brazil where PV development is set to take off.

While some emerging markets such as Chile and Mexico are favoring single-axis trackers, larger Asian markets, such as China and India, are favoring fixed-tilt trackers, due to the abundance of large domestic steel manufacturers that can manufacture the fixed tilt systems at low cost, according to IHS.

Single access trackers can improve PV output by as much as 25-30% compared with fixed tilt systems, according to tracker manufacturers.

In a study published by tracker suppler Exosun, a 10 MW solar project in Spingbok, South Africa, using single-axis tracker-mounted systems delivered 23.3% more energy a year than a fixed-tilt system in the same conditions.

The main performance improvement comes during the morning and evening, the start and end of the typical peak working day demand period.

Trackers can improve PV performance by up to 58% during these morning and evening periods, according to Exosun.

The overall performance improvements from dual axis trackers are significantly higher, estimated by Exosun at between 35% and 45% higher than fixed systems.

However, these systems are more complicated and are more expensive, particularly when including operations and maintenance costs. In the utility-scale market, dual axis systems have generally not presented sufficient return on investment to match the demand growth in single axis products.

Design modifications have improved the reliability of single axis trackers and boosted their business case.

While dual-axis trackers “can be challenging,” said Berg, with single-axis trackers “O&M costs vary on location but don’t have that much of an impact.”

Exosun claims there is a minimal increase in O&M cost for linked-row single-axis trackers compared with fixed-tilt installations.

“A serious tracker supplier offers a tracker structure that should last for at least 20 to 25 years,” van Soom added.

Exosun uses a grease-free, linked-row tracker architecture to reduce the number of components susceptible to failure. Its Exotrack HZ product has 10% of the motors required by a single-row, single-axis tracker system in a 10 MW plant.

First solar manufactures a PV tracker single axis system with low-voltage actuators on each row of modules, instead of mechanically connecting all rows in the system. This system reduces the impact on plant performance when an individual row is undergoes maintenance, lessens the impact of a single-point failure and reduces repair costs, according to the company.

First Solar also provides a data collection system that is incorporated into the tracker control system and reports the status at each individual row across the entire power plant. This provides enhanced system monitoring while reducing costs, the company says.

Exosun’s tracker has a wired communication system and uses one controller per 10 MW of capacity.

“The system should allow for remote tracker monitoring and control in order to reduce the frequency of site visits,” van Soom said.

“With 45 MW of tracker O&M management, Exosun has come to the conclusion that 80% of the tracker dis-functioning alerts can be managed remotely from the office,” Van Soom said.

According to Brotherton, the tracker-based plants in MaxGen’s O&M portfolio have very few mechanical failures. The main challenges are communications between the various components, he said.

“When we do not receive data, we do not know if the tracker is facing the wrong direction or is just not communicating. We use a security system to scan the array and verify whether or not it is a tracker malfunction,” Brotherton said.

“It’s not a maintenance-free solution. Any moving part will break eventually. There’s not a whole lot of technical advances that you can make in that area,” Huff said.

The sharp growth in PV capacity has led to increased competition in the O&M sector, along with market consolidation, and Huff said operators should take care to sign O&M contracts with providers showing healthy balance sheets.

“You don’t want to sign a contract with a company for five years and then turn around and the company is gone,” he said.