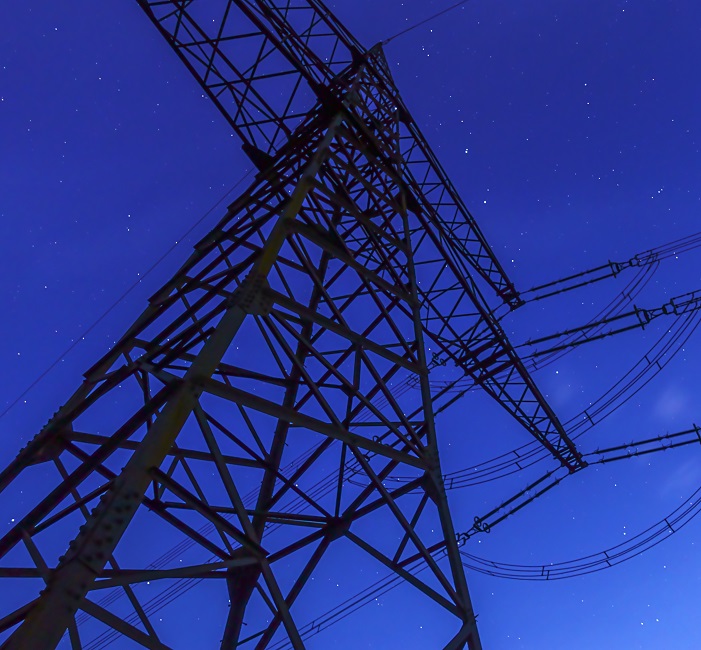 California reportedly boosted hydroelectric and gas-fired generation and imported from neighboring markets to compensate for the drop in solar power during the August 21 eclipse. (Image credit: Thomas Demarczyk)

U.S. grid operators reported no significant power incidents during a total eclipse of the sun on August 21, the first major grid balancing event since the recent boom in U.S. PV installations.

In California, where utility-scale solar plants at times supply over 40% of power demand, hydroelectric and natural gas-fired plants were fired up during the critical three-hour eclipse period from 9am until midday. California plants experienced between 60% and 80% totality.

“We forecasted 4,200 MW of utility-scale solar coming off. We believe that the actual will be more in the 3,000 to 3,500 MW range,” a spokesman for the California Independent System Operator (CAISO) reportedly said after the event.

The California Energy Storage Alliance had said 3 GW of grid connected storage capacity would support the grid during the ramping phases.

California also reportedly imported power from neighboring states during the eclipse, under the Western Energy Imbalance Market (EIM) mechanism. As at August 22, the California Independent System Operator (ISO) had not published a detailed breakdown of power flows or the generation mix.

As the below graphic shows, relatively little solar generation capacity lay in the path of totality. 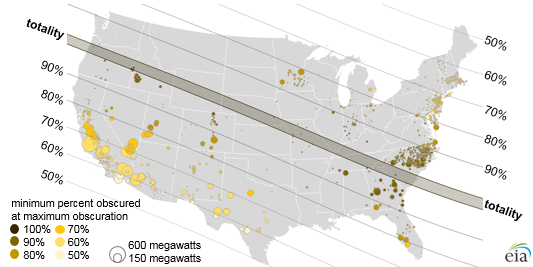 In North Carolina, where the eclipse was close to 90% totality, solar power capacity reportedly fell from 1.7 GW to 100 MW. Replacement capacity was used with no reported incidents.

Sadiq Khan, Mayor of London, has set a new target of 1 GW of solar capacity in the capital city by 2030, more than 10 times current installed capacity.

Under a new Draft Solar Action Plan, Khan plans to promote residential and commercial solar development in London and introduce schemes that will help lower the cost of solar power and energy storage systems.

Khan wants London to be a zero-carbon city by 2050, which will require 2 GW of solar power, according to the action plan. The program will require support from the national government, local government and the private sector, it said.

Key support initiatives set out by the mayor include a new solar reverse auction scheme to reduce installation costs, new grants to help community solar projects, and support for public sector organisations and social housing groups through assistance programs such as feed in tariff schemes.

"Combining solar energy generation technologies with storage technologies (like batteries) enables onsite use of heat or power to meet demand at any time of day. It is therefore important that London maximises the potential for solar storage as technology costs continue to fall," the action plan said.

By 2018, the mayor will introduce an interactive map to allow Londoners to assess potential solar generation capacity. Such maps have already been used in other global cities such as New York and Tokyo.