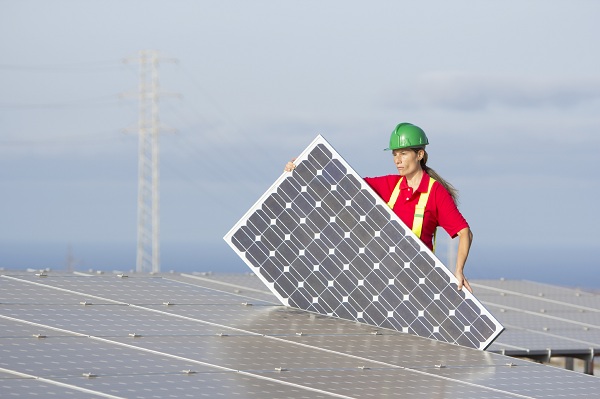 Installation jobs are expected to rise over 16% this year. (Image credit: LL28)

Employment in the US solar industry is expected to rise by 14.7% in 2016 to around 240,000 workers, led by growth in the installation sector, according to the 2015 Census published by the Solar Foundation.

"One out of every 83 new jobs created in the U.S. since Census 2014 was created by the solar industry – representing 1.2% of all new jobs," according to the report, published in December.

US solar employment by sector

Source: The Solar Foundation's National Solar Job Census and the US Bureau of Labour Statistics.

The installation sector will continue to be the fastest growth area in 2016, with job numbers expected to rise by 16.6%. Job rates in the project development sector are forecast to rise by 16.1% while employment levels in manufacturing and sales are predicted to rise between 12% and 13%.

The below chart highlights the success of the US solar sector measured against other industries.

Global installation growth to soften in 2016

Solar capacity installations are forecast to rise by around 12% year on year to 64.7 GW in 2016, according to a new report from Mercom Capital consultancy.

While new installed capacity will be higher than in 2015, the growth rate in new capacity is much lower than the 28% rise seen in 2015, and represents the slowest growth in installation rates since 2012.

“The largest markets in 2016 will again be China, the United States and Japan; the United States is set to overtake Japan as the second largest solar market behind China. These three countries will account for about 65% of installations next year,” Raj Prabhu, CEO and Co-Founder of Mercom Capital said in a statement.

China will continue to be the largest solar market in the world, installing approximately 19.5 GW in 2016 compared with 17 GW in 2015, the consultancy said.

New installations in the US are forecast to rise from 8 GW in 2015 to 13 GW in 2016, although this forecast was made before the extension of the U.S. Investment Tax Credit in December, Mercom Capital said.

Most utility solar installations currently use 1,000 volt components and while raising DC voltage to 1,500 volts increases individual component costs by up to 40%, it lowers total system cost through the need for fewer balance-of-system components and lower installation labor requirements, the research group said.

"Similar to the global switch from 600 volt to 1,000 volt PV systems that occurred in 2012 and 2013, we expect the transition to occur rapidly as the supply chain scales and the value proposition is proven," GTM Research said.

Global corporate funding in the solar sector totalled $25.3 billion in 2015, down slightly from the $26.5 billion raised in 2014, according to a new report from Mercom Capital.

“Overall it was a good year for the solar sector considering the turbulence in the stock markets and trouble with yieldcos in the second half of the year. The extension of the [U.S.] Investment Tax Credit (ITC) was a much needed boost for the sector, paving the way for a strong 2016,” Mercom Capital said.

Solar downstream companies accounted for 69% of the VC funding in 2015 with $727 million raised, while over $100 million in VC funding went to companies focused on off-grid markets in Africa, India, and South Asia.