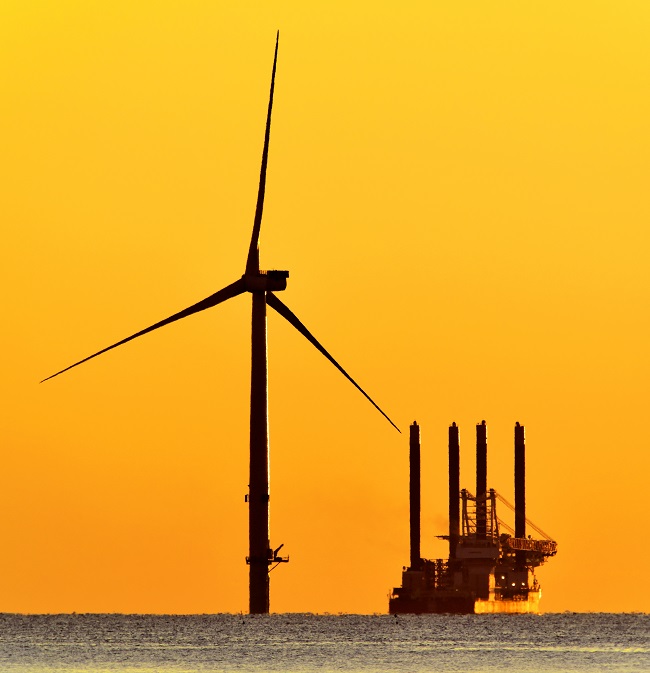 Made up of two 400 MW units, Vineyard Wind has secured 20-year power purchase agreements (PPAs) with Massachusetts electric distribution companies (EDCs) at starting prices of $74/MWh for unit 1 and $65/MWh for unit 2. Unit 1 is expected online by 2022 and unit 2 by 2023.

Taking into account tax credits and additional revenue streams, the levelized revenue of energy (LROE) for the entire project is estimated at $98/MWh, competitive with many European projects despite the lack of local infrastructure, the U.S. National Renewable Energy Laboratory (NREL) said in a report.

The Vineyard Wind price was far below the forecasts of many industry analysts and suggests turbine advances, technology transfer from Europe and intensified global offshore competition have removed much of the risk premium expected for early U.S. projects, NREL said. "We are very confident that thanks to this price the industry will develop quicker here in the states," he said.

The Vineyard Wind project will dominate US offshore installation activity in 2020-22 but deployment will rapidly spread to other states. By 2023, annual U.S. offshore installations are forecast to hike to 1.8 GW and remain between 1.2 GW and 2.2 GW between 2024 and 2030, according to BloombergNEF (BNEF).

Vineyard Wind has set a challenging price benchmark for other developers to match. In Massachusetts, a further 1.6 GW of offshore wind capacity is expected online by around 2026/2027 and developers will be required to beat the Vineyard Wind price.

The development of regional supply networks and port infrastructure will improve efficiency but future project prices will also depend on tax support levels and shifting supply-demand drivers.

The expiry of the investment tax credit (ITC) for offshore wind in the coming years will require operators to significantly reduce costs to match the price secured by Vineyard Wind, Tom Harries, Senior Associate, Offshore Wind at BNEF, told the conference.

NREL’s LROE estimate for Vineyard Wind includes an 18% ITC, as well as capacity payments from the ISO-NE Forward-Capacity market.

Under the current legislation, the ITC drops from 18% for projects starting in 2018, to 12% for projects in 2019 and 0% from 2020. East Coast Senators want higher levels of federal tax support and recently proposed legislation which would maintain the ITC at 30% for six or eight years.

Based on current ITC rates, offshore wind farms commissioned from 2025 with no ITC support would need to achieve a 9% cost reduction to match the power purchase price agreed by Vineyard Wind, Harries said.

Such a cost reduction may be possible, due to growing turbine capacities and wider industry efficiencies, Harries added. The Vineyard Wind project will install 9.5 MW MHI Vestas turbines, the largest capacity turbines currently available on the market.

"By 2025, we expect turbines in the 13 to 15 MW range. So in reality it is probably feasible but nonetheless it is a challenge," he said. According to BNEF, the median winter capacity factor of East Coast offshore wind in 2007-2012 is estimated at around 57%, around double the average summer level, Harries said.

"The higher your capacity value, the more you can bid into in the capacity market," he said.

The location of the leases awarded in the U.S. north-east allows developers to participate in several state-level requests for proposals (RFPs), creating regional competition areas that will impact prices, Harries said.

BNEF has identified three main competition zones, with overlapping sections, off the New England coast, he said. Studies by BNEF show lease capacity in the three competition zones will exceed procurement targets set by state authorities over the next 10 years. The greatest surplus is expected in the most northern competition zone, which would impact Rhode Island, Massachusetts, Connecticut and New York.

"Really, the question will be is there enough lease capacity to sustain high levels of competition and keep the pricing pressure up in the future," Harries said.

Growing demand from U.S. state authorities is continuing to attract international offshore wind groups into the U.S. market and increasing participation from oil and gas and institutional investors is further boosting competition.

The expiry of production tax credits (PTCs) for onshore wind farms will see offshore wind play a growing role in the U.S. wind market in the 2020s, Harries noted.

"We estimate that offshore wind could be between a quarter and a third of the wind market in the U.S. after 2023," he said.

The growing influence of offshore wind will attract new investors and could see more onshore wind suppliers and developers pivot into the sector, Harries said.

"There will be some interesting dynamics at play here over the next few years in the U.S.," he said.