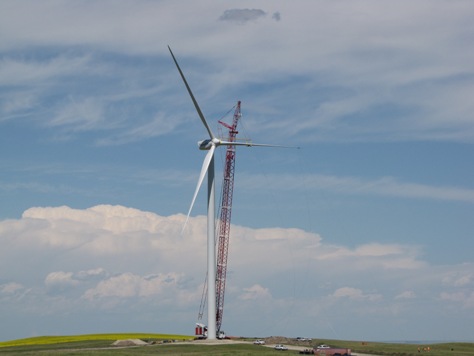 TransAlta operates 962 wind turbines in Canada with capacity of 1.5 GW and has been using CMS on its turbines since 2011.

The latest studies show CMS devices have saved the company over $2.5 million per year, Duncan told the conference on November 29.

TransAlta has installed around 300 wind CMS devices to date, from four different manufacturers.

"The majority of the success has been in the performance [monitoring]," Duncan said.

Performance monitoring accounted for $2.1 million of annual savings, while the company has saved $400,000 per year from vibration CMS technology and a further $125,000 from temperature monitoring, she said.

The wind industry's growing expertise in performing up-tower repairs and the installation of larger capacity turbines have improved the business case for using CMS, Duncan said.

In the past, CMS provided warning of major component failure, but operators often avoided major work due to limited budgets and the application of Run to Failure strategies.

Turbine capacities have increased significantly in the past 10 years and new turbines of capacity over 2 MW generate around 10 times more revenue per day than much smaller turbines installed 10 years ago, Duncan said.

"The standard of care in the industry for a long time has been Run to Failure and that's because the downtime was worth so little," Duncan said.

New turbines are also much more valuable in terms of replacement costs, which increases the importance of spotting issues and performing appropriate maintenance.

Operators can save as much as $1,200/day in downtime costs by shifting maintenance to the summer season, she said.

CMS also increases the likelihood that faults are spotted early and knock-on effects are limited, which improves the chances that the repairs can be performed up-tower at lower cost, she said.

Duncan suggested operators perform a detailed CMS scan of their wind fleets in February, in order to allow sufficient time to perform borescope analysis, set aside maintenance budgets, and perform maintenance work during the summer period.

The operator will compare the longevity of component repairs performed on site against repairs done in an off-site refurbishment workshop and aims to show that a down-tower strategy can generate significant savings.

The study is yet to be completed but a down-tower repair strategy might save $250,000 per turbine per lifetime, Duncan said.

"This might be part of the new business case for CMS," she said.