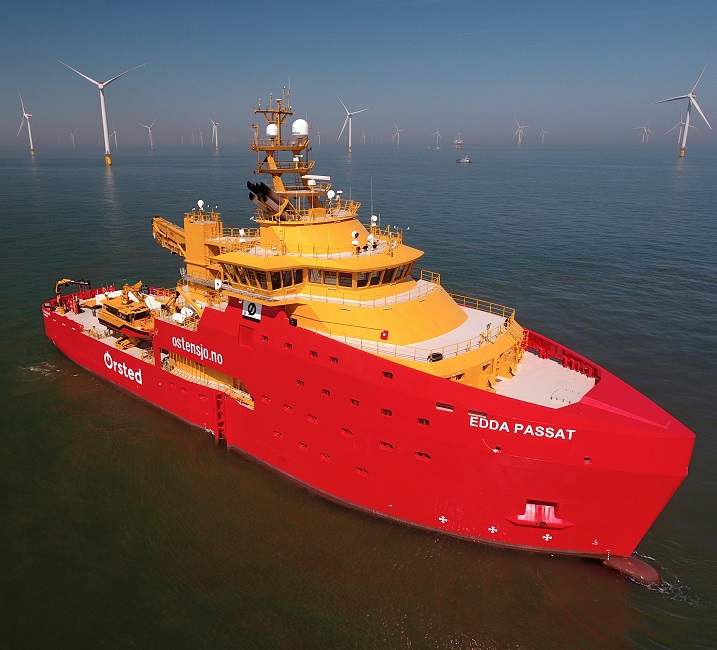 In the coming months, Denmark's Orsted is expected to complete the construction of the U.K.'s largest offshore wind operations and maintenance (O&M) hub at Grimsby Royal Dock in north-east England.

Orsted’s East Coast Hub will initially support the company’s 210 MW Westermost Rough, 573 MW Race Bank and 1.2 GW Hornsea 1 wind farms. By the time the 1.4 GW Hornsea 2 project is completed in 2022, Orsted will employ some 400 staff at the East Coast Hub for decades to come. The company has pledged to spend some 6 billion pounds ($7.7 billion) in the wider Humber area by 2019.

The base will serve Vattenfall’s planned 1.8 GW Norfolk Vanguard and 1.8 GW Norfolk Boreas projects, set for government approval in 2019 and 2020. The hub is expected to host up to 150 skilled wind technicians for at least 25 years.

Installed offshore capacity by country (to 2017) The buildout of UK onshore operations activities will provide a range of cost benefits for operators and is clearly a significant boost for local and regional industry.

The operations hub will act as a base for vessel operations, including newly-built Service Operational Vessels (SOVs), and includes a marine and helicopter coordination center to provide 24/7 service operations. The pooling of resources at centralized facilities can accelerate the sourcing of vessels and strategic components and support optimized framework agreements with vessel operators, Montoya said.

“Together with better communication and sharing of lessons learnt between projects, this could entail significant reductions in costs and resources required,” he said.

“As wind farms get further and further out to sea, it becomes more efficient for technicians to stay offshore for weeks at a time, rather than returning to shore every day,” an Orsted spokesperson said.

Orsted operates the 81m-long Edda Passat SOV out of its East Coast Hub to service its Race Bank project. Supplied by Norwegian shipping company Ostensjo Rederi and designed by Britain’s Rolls-Royce, the vessel spends up to 28 consecutive days out at sea, servicing six to eight turbines each day. The vessel holds 60 cabins and technicians work a two-week on, two-week off shift pattern and can transfer straight from the vessel onto a turbine.

Orsted will use a similar vessel, the Edda Mistral, to build and service Hornsea 1.

“In the construction phase, the Mistral will primarily be used by JDR Cables to complete the last step of the array cable termination, connecting the array cables to the turbine switchgear located in the transition piece,” an Orsted spokesperson said.

Vattenfall plans to base crews onshore for wind farms situated up to 35 nautical miles from the shore, and base staff onboard SOVs for projects further out to sea, Hernan Vargas, Vattenfall’s UK lead on offshore O&M roadmap/ system design, told New Energy Update.

While both scenarios require efficient onshore coordination and component warehousing, some strategic or critical spares will be held onboard SOVs, Vargas said.

“This enables us to reduce the large [cost] footprint required for warehousing," he said.

Projects further offshore also require more spares and personnel as they tend to be much larger, Vargas noted.

For its Norfolk Vanguard and Norfolk Boreas projects, located 47 km and 72 km from the shore, Vattenfall plans to use a combination of SOVs and CTVs, with helicopter support for troubleshooting activities, he said.

Vattenfall will be able to apply the latest O&M learnings from its new 93 MW European Offshore Wind Deployment Centre (EOWDC) in north-east Scotland.

The construction of 11 large-scale turbines at the center provided installation learnings and going forward the center will test the latest O&M innovations.