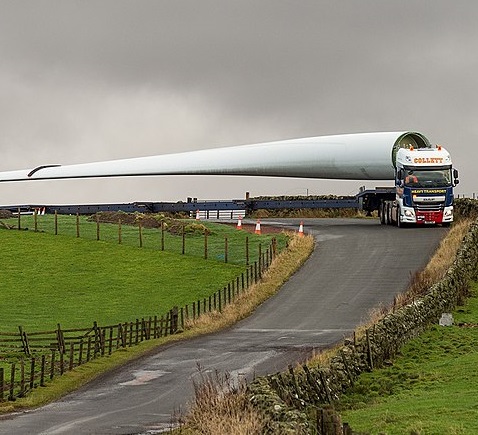 U.S. wind project partners face a severe test of resources in the last quarter of this year as demand surges ahead of tax credit deadlines.

The U.S. is forecast to install 18.5 GW of new wind capacity and 13.5 GW of PV capacity in 2020, together accounting for 76% of total new capacity additions, according to the latest data from the U.S. Energy Information Administration (EIA).

Wind installations will smash the record 13.2 GW of capacity installed in 2012, with around half that capacity expected online in December. In January, U.S. lawmakers spurred already feverish activity by extending the wind production tax credit (PTC) and increasing the reward for projects online before the end of the year.

In particular, Texas installation activity will surge this year, representing 32% of the new capacity, EIA said. Other active states include Oklahoma, Wyoming, Colorado and Missouri, each expected to install around 5% of the market.

The installation rush in Q4 will impact the entire supply chain and transport bottlenecks for larger components pose a significant risk to project revenues.

Since 2012, turbine dimensions have soared, requiring specialist transport equipment and drivers. WoodMackenzie predicts around 20,000 turbine blades will be installed this year-- a similar number of blades to 2012, but they are on average 34% longer.

For the first time, U.S. suppliers will be delivering blades of length over 70 meters, Shashi Barla, principle analyst at Wood Mackenzie Power and Renewables, said.

"Lack of skilled drivers is one of the logistics challenges," Barla said.

Around 20% of projects will involve blades of this size, he said.

Last year, the U.S. wind industry installed 9.1 GW of new wind capacity and GE Renewable Energy expanded its market share from 40% to 45%, according to the American Wind Energy Association (AWEA). Vestas' market share slipped from 38% to 33%, while Siemens Gamesa doubled its share to 16%. Nordex USA held its place as the fourth-largest supplier, representing 6%. The U.S. wind industry has known for several years that activity would peak around 2020 and suppliers have been working with engineering, procurement and construction (EPC) groups to implement forward contracts, John Hensley, vice president of research & analytics at the American Wind Energy Association (AWEA), told New Energy Update.

"We've had time to plan for this...if you talked to the turbine suppliers a year or two ago a lot of them were making comments such as “buy your turbines and equipment now and lock it in,” he said.

While forward contracts will help minimize the risks, "this does not alleviate the bottleneck fully," Barla warned.

Siemens Gamesa posted a one-off charge of 150 million euros ($162.3 million) in Q4 2019 due to installation delays at projects in northern Europe, caused by unsuitable road conditions and an early arrival of winter weather.

US planned power capacity additions in 2020

“Unfortunately, these projects are not easy to reach with unprepared road conditions combined with the early arrival of the winter weather in November and we saw serious installation challenges,” Siemens Gamesa CEO Marcus Tacke said during an earnings conference call with journalists in February.

Barla is less charitable on the issues faced by Siemens Gamesa.

“They said they weren’t responsible for the roads but they hadn’t done their due diligence,” he said.

GE Renewables and Siemens Gamesa declined to comment on their U.S. logistics preparations while no Vestas spokesperson was available.

Nordex has locked down transportation contracts with third parties to prepare for the spike in demand, the company told New Energy Update. Nordex will use specially trained drivers and equipment to move the turbine parts.

“We have reserved the necessary logistics equipment for all our projects, which we want to realize worldwide and thus also in the U.S. in 2020, Felix Losada, Nordex' Director of Communications, said.

"[We] do not assume bottlenecks as of today," he said.

GE Renewable Energy expects to repower 7 GW of US wind capacity between 2017 and 2020, the company said last May.

Turbine suppliers must manage the looming resources crunch while preparing for a slump in new project demand in the coming years.

Falling PTC credits will reduce demand for new projects while spending on operations and maintenance (O&M) will rise. By 2030, U.S. annual wind O&M spending is set to rise by 50% to $7.5 billion, IHS Markit said in a report in 2019. Suppliers are expanding their services business to gain a greater share of the growing O&M market.

“There is going to be a shift in priorities from building as much as possible to optimizing these projects," Max Cohen, associate director in IHS Markit's renewable power division, told New Energy Update in November.